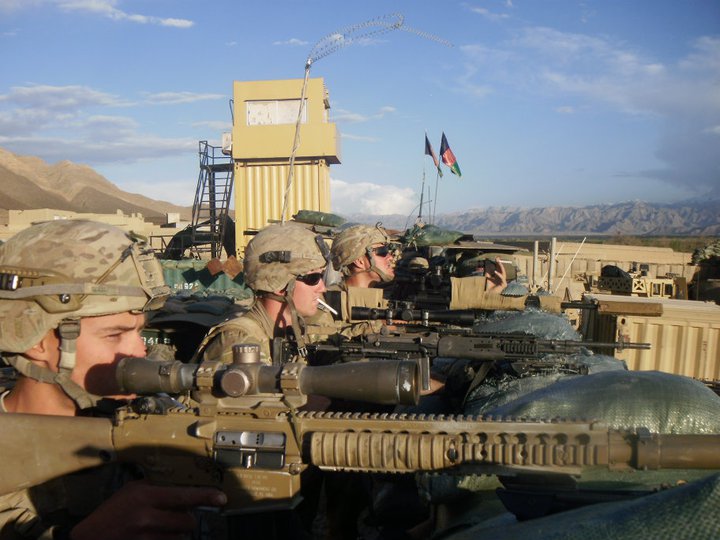 The Army was in pursuit of a long-term solution for improving the sniper weapon system since the late 1980s, but as complaints continued to rattle the Department of the Army from high ranking Army officials, the plan for a short-term solution was initiated.

The intent was focused on fielding deployed sniper units immediately with a longer range sniper weapon system. Oklahoma’s republican senator, James M. Inhofe, submitted a proposal to amend the SA 1694 amendment and bill S. 1390, that would authorize the appropriate funding to be given to the Assistant Secretary of the Army (ALT), for the development of a better sniper rifle during the fiscal year of 2010. This became known as the “M24 Upgrade Initiative” in 2009, and it mandated that no later than April 30, 2010 a solution for the following three conditions must be resolved:

Typical procedure for adding new weaponry to the US Army arsenal calls for a long competitive process. The key to this acquisition was to find a solution as quickly as possible. Time was of the essence and lives were at stake. Lives are being lost every day, and snipers are unable to perform their duties in the terrain of Afghanistan.

The New York Congressional Delegation issued 5.6 million dollars to the Assistant Secretary of the Army (ALT) to open solicitation for design submissions from industry, and a dozen reputable companies began building bid samples and written proposals. The funding for this project came with a catch. It could only be used to improve the M24, and the improved version of the rifle must fire at much greater distances and have a series of additional improvements. All the while using the same action of the current M24.

Fortunately for the Army, the M24 consisted of what is called a long-action. This means that by retaining the chunk of metal that makes up what is called the action, they could rebuild everything else around it and still present the final product as a reconfigured M24. A challenge to say the least, but it was exactly what the snipers needed to reach the enemy in Afghanistan.

The number of rifles needed would need to be determined by the amount of currently deployed units, and Army Acquisition Officer, Chris Conley is place in charge of making this final decision. According to a production forecast there would not be enough rifles produced by the time they were needed to be implemented to all that needed them.

Initially it was thought that each designated marksman (DM) should receive a new XM2010, but according the test performed by the US Army Sniper School instructors, it was strongly suggested that based on the complexity of the new Horus-59 reticle, and over all capabilities of the rifle, that only Bravo-4 qualified snipers should be issued the rifle. Bravo qualified snipers are snipers that have officially graduated US Army sniper school, and despite many perceptions, a typical army sniper section consists of several members that are not officially sniper (B-4) qualified, myself included at the time.

This kind of information is pertinent to the decision making process by which the Army decides on how to outfit deployed units in Afghanistan. Because a sniper section is considered to a battalion asset, each regular Army unit consists of one sniper section. This means that a minimum of 3 guns are required per battalion. Based on the number of currently deployed units, 69 total rifles would need to be distributed for complete outfitting of the new sniper rifle.